On 20 April, Robyn Wilkie from Ecoworks hosted a biodiversity restoration workshop on the banks of the Waimata river at Longbush Reserve. The workshop was well attended by members of the community, GDC biodiversity staff and Mahaaki Mahinga Kai.

Restoration work on this section of the riverbank has been underway for several years. Flax had been extensively planted on the mid-lower portion of the riverbank, with larger colonising species such as manuka, cabbage tree and ribbonwood on the upper bank. Good progress had been made until the three recent major storm events of November, March and April deposited a large amount of silt over much of the planted areas. Slumping of the riverbank has also occurred due to the high volume of water travelling at speed down the river. In the November 2021 event, the Waimata river recorded a peak level of over six metres at Goodwin’s bridge, just downstream from the restoration area, and reached nearly five metres in the rain event at the end of March.

Flax (Harakeke) is surprisingly resilient and can withstand a certain amount of silt deposition and still continue to grow, so long as the main growth point at the centre of the plant is not completely buried. Plants on the upper banks had held up well to the torrent but there were losses on the lower part of the bank.

Workshop participants were shown by Robyn how to harvest flax “fans” from existing established plants for relocation into the areas that had suffered losses. A large amount of material was harvested from within the Longbush reserve where the flax was not thriving due to excessive shading from other plants. Extra material was also harvested from established plants on the upper banks of the river.

Flax fans are easily separated from the main body of the plant and all outer leaves are trimmed back, leaving only the three central leaves - tupuna (grandparents), awhi rito (parents) and rito (child) in the middle.

Only a small amount of root material is required for each fan to grow into a new plant. As the fans are already genetically mature, they will flower much sooner than newly grown flax seedlings, and being larger at planting there is less of an issue from weed competition. Fans were planted approximately 1 metre apart, with the aim of establishing an interconnected root network that will assist with stabilising the riverbank during future events. Once established, these new plants can be further broken up to facilitate additional planting.

Flax enjoys full sun, and being a swamp plant, is tolerant of wet soils so is a good choice for planting on the lower slopes of river and stream banks when undertaking riparian restoration. When flowering, they are highly attractive to a variety of birds who may provide an additional seed source to further enhance the restoration.

Robyn hosts regular biodiversity workshops as part of the Waimata Catchment Restoration Project. The next workshop is planned for 27 July – Kenways Bridge, Waimata Valley Road for tree releasing and planting. Anyone is welcome to attend, email robyn@ecoworks.co.nz for more information or to join the mailing list.

There's more on our website about the aims for the Waimatā - Pakarae Catchment Plan. 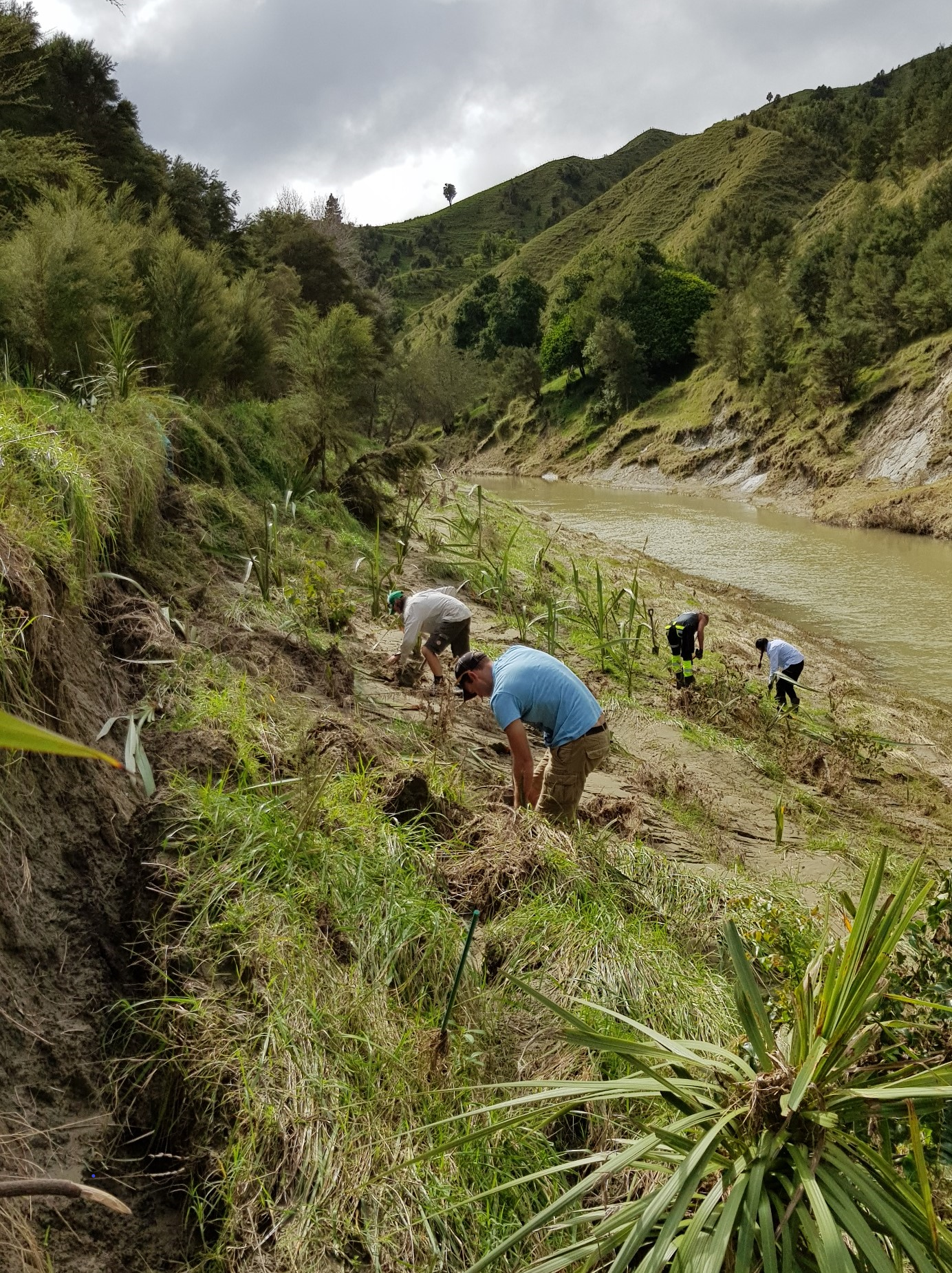