During May, the Waingake Ngāhere Ora crew received a call to ask if they would lend a helping hand in an effort to clean up the beach in Tokomaru Bay. With no hesitation, the crew headed up and got stuck in to help clear washed-up debris and rubbish.

After multiple flooding events, the beach was left covered in everything imaginable including fence posts, wires, household furniture, and general waste; much of which was buried and needed to be dug out.

The team was described by local contractor Mere Chaffey, as having a can-do attitude and were not afraid to get stuck in and do the hard mahi in an effort to return the beach to its original state.

“We’re just so grateful and appreciative to the team. I’d like to give a big shout-out to Gisborne District Council for being there to support us and connecting us with groups who are able to help us out.”

A normal workday for the crew consists of trapping pests and planting trees up in the hills of Waingake as part of the Waingake restoration project – far from sand and waves.

Many of the crew whakapapa to the Tokomaru Bay area and they were all humbled by the opportunity to tautoko and support the community.

A mihi whakatau was held to welcome the crew before the workday began, and once the crew got stuck in, they impressed local residents with their positive attitudes, strong abilities, and amazing work ethic.

Waingake Ngāhere Ora team supervisor Leon Tarau described this as the embodiment of piritahi – it’s all about giving back to the people who whakapapa to this land. 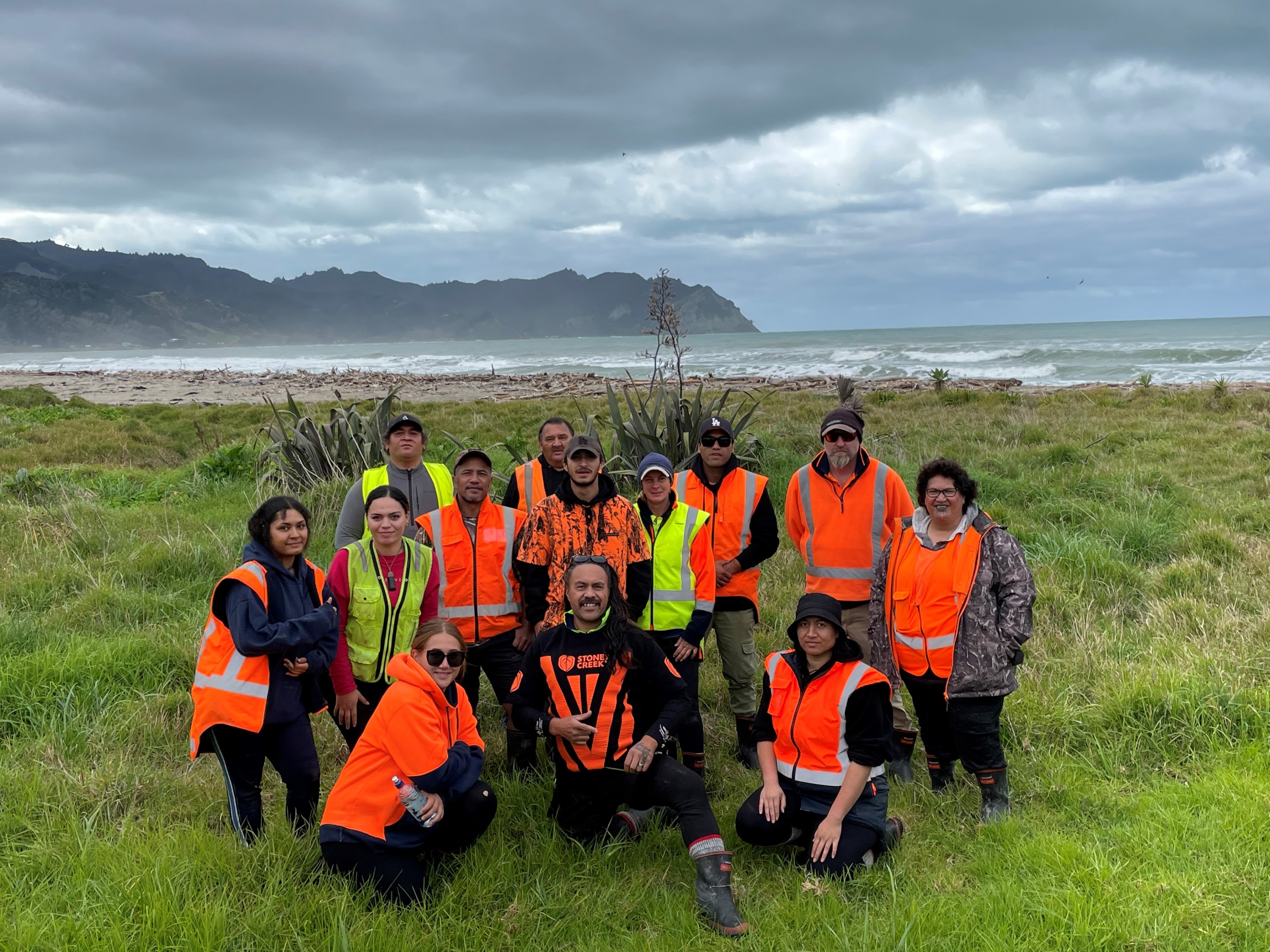