Gisborne District Council is preparing to develop a Waimatā-Pakarae Catchment Plan as part of its implementation of the National Policy Statement for Freshwater Management.

The Waimatā-Pakarae Catchment Plan area represents 8 freshwater catchments that flow to the eastern coastline from Gisborne city at its southern extent to Waihau Bay just south of Tolaga Bay.

The Waimatā River is one of Gisborne city's 3 rivers that flow through the inner city area. Land use is mainly typical Gisborne hill country sheep and cattle farming with large areas of exotic forest on the steeper inland areas.

Working with tangata whenua, stakeholders, experts and our community will help:

Tikanga, matauranga, kaitakitanga and the aspirations of mana whenua are essential for designing the values, objectives, limits and activities in the catchment plan.

Initial contact has been made and we will work with tangata whenua to get their input into the catchment plan process.

We'll hold community workshops with stakeholder groups, residents and whānau from the catchment communities. All these meetings are open to everyone.

Participate by sharing your ideas, or tell us what you value about your favourite waterway.

This timeline is indicative only

The aim for the Waimatā - Pakarae Catchment Plan is to:

Land use across much of the wider Waimatā – Pakarae Catchment area is rural, predominantly sheep and beef farming and some areas of exotic forest in the upper Waimatā and Pakarae Catchment. In contrast, the downstream reach of the Waimatā River and the Kopuawhakapata and Wainui streams run through the Gisborne urban area.

Council has a number of water quality and bio-monitoring sites in the catchment area, which provide a snapshot of the current state of the rivers.  In summary:

In addition, the Wainui and Kopuawhakapata urban streams have evidence of chronic pollution including low dissolved oxygen and elevated bacteria levels.  Microbiological source tracking in some streams indicates that the E.coli are derived from a range of sources including ruminant (cattle/sheep), avian (birds/fowl), dog and human.

Further information can be found in the Waimatā-Pakarae Catchment background report. 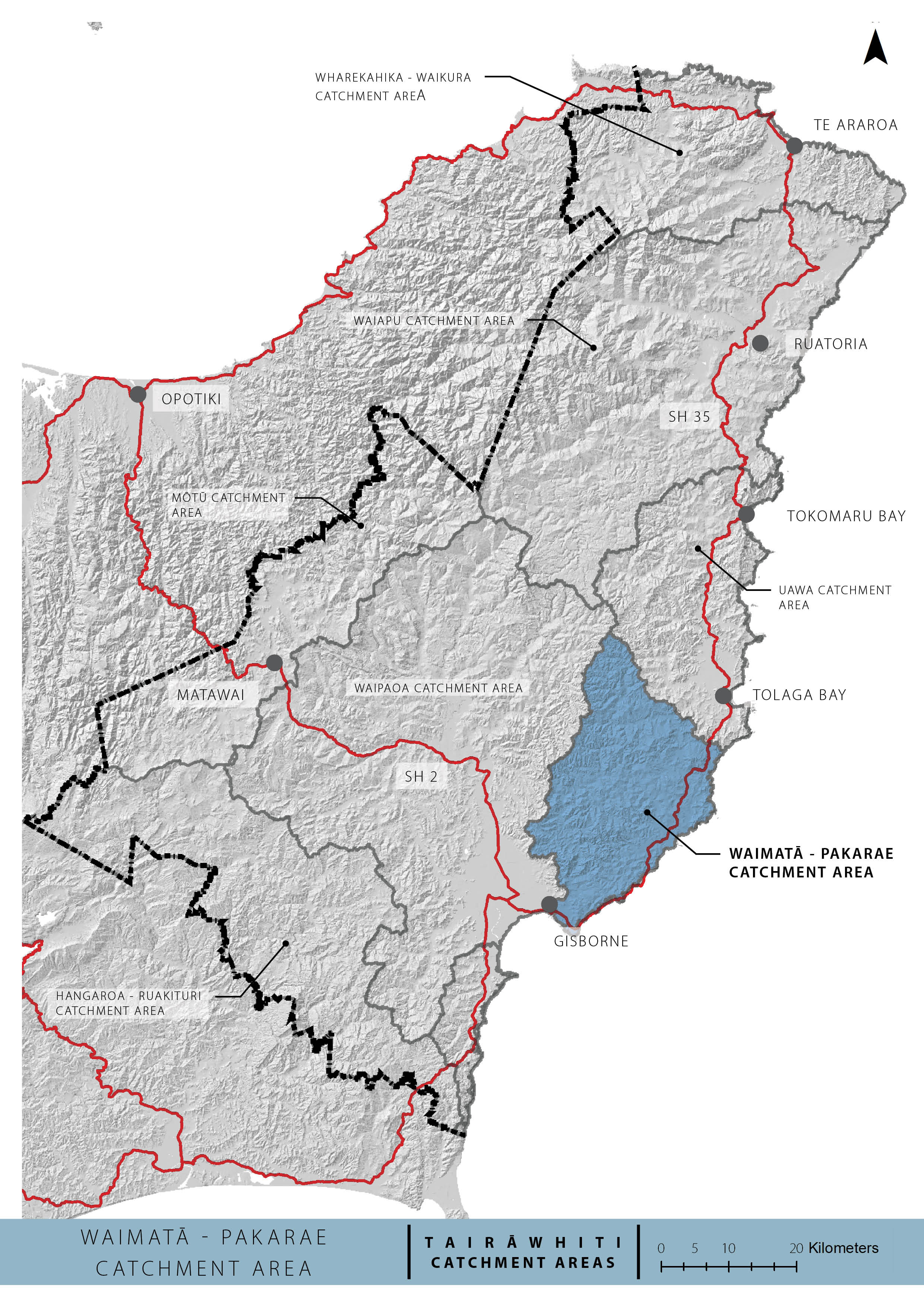 Ask us a question - email the team at trmp@gdc.govt.nz